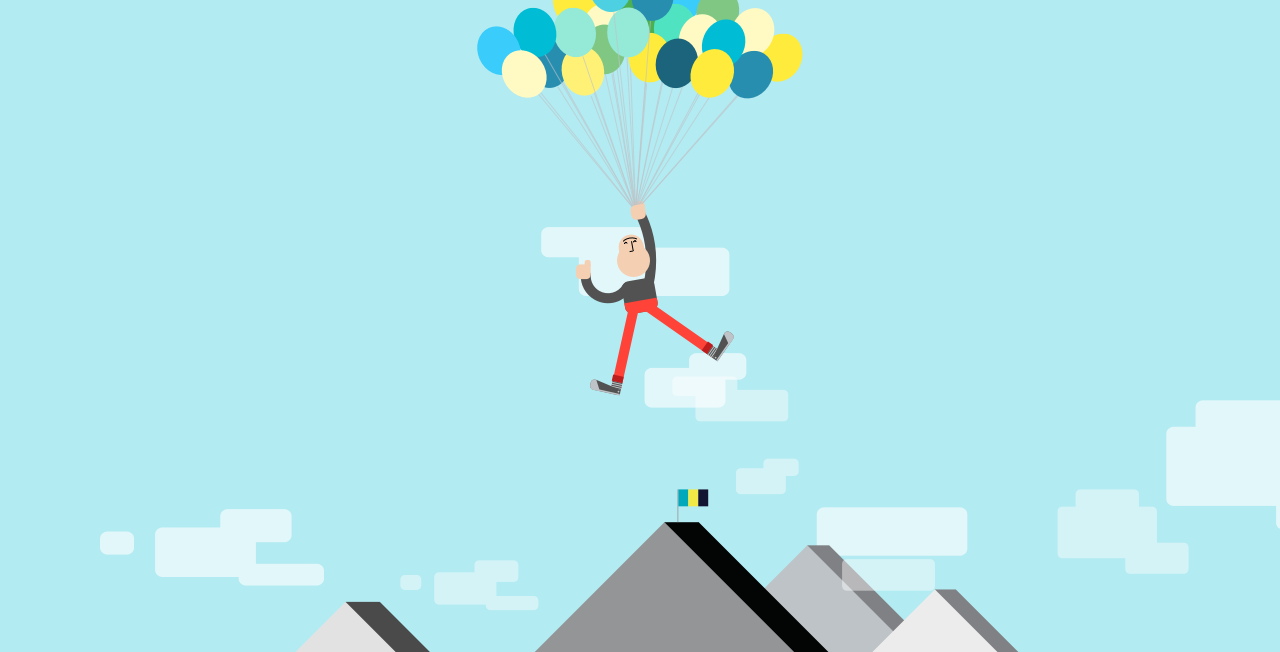 Streamtime’s CEO Andy Wright has learned a lot of lessons during his career in what a great leader should be. In this personal and insightful blog post, Andy tells his story about climbing the ladder and delves into some advice into growing into this pivotal role.

I’m writing this post in hindsight. I wish I could wind the clock back 10 years and be writing with foresight. The reality is, it’s taken a long time to learn valuable lessons that I wish I’d been taught many years ago.

Leadership, promotion, moving quickly up the ladder was always something that I (impatiently) aspired to. In my career, I moved back and forth between agency and client side. I was always keen to move to the next rung on the ladder (and let’s face it, there are many).

”What was I chasing though? Status? A title? The chance to be in charge and make decisions? Recognition? Becoming a leader was my proxy for success.

While I may have been so determined to get there, the reality is that once I’d reached (somewhere close to) the top, I had little idea of what it means to be a leader. Indeed, sometimes I was promoted without even asking for it. (Yes, likely due to entrenched white, male privilege in some cases).

I’m expecting that this may be a familiar feeling. Some people are natural born leaders. I was not. I picked up things from people I’d worked for over the years. They were my leaders and became my definition for leadership. But let’s face it. I only knew a small fraction of what they did. My ideas of what it meant to be a leader came from my experience with them leading me, without knowledge of everything else that their role entailed.

In my case, and perhaps in many others, I was promoted for what I’d done – not what I could or should do in being made a leader.

Our promotion of people to leadership roles that they’re not ready for is a common occurrence in the creative industry. It might not be such a bad thing if we invested in the support, guidance and training they need when they get there. In the majority of cases this is sadly lacking, or in fact, non-existent.

It’s taken me many years to work out the type of leader I want to be (and not the type of leader I thought I should be). Undoubtedly, this has caused distress and suffering for people around me, and indeed for me as well. Am I the perfect leader now? No, of course not. I probably never will be. But I’m certainly much more aware of what’s needed to get there. I’m writing this to try and help shortcut the side effects of anyone on a similar journey.

So, here are my personal lessons for the accidental leader.

From look at me, to look at them.

If you’ve been focusing on trying to get people to see what you’ve done and achieved in order to reach the next rung on the ladder, you now need to do the exact opposite. It’s not about you. It’s about helping your team to be the best they can be, giving them the trust, support and safety they need to succeed – and the credit and recognition they deserve along the way.

Sink or swim is not an effective (or healthy) way to manage a team.

I was once taught that to have a high-performing team we needed the best of the best. We’d know in a few months if someone could or couldn’t survive. It was called sink or swim. If someone didn’t make it, that’s ok, they’re just not right for us. Not a thought was given to what this did to the people who sank. Understanding that everyone is unique, that everyone works in different ways and handles pressure differently is a skill that very quickly needs to be developed as a leader. If someone appears to be failing, think, “maybe it’s not them that’s the problem.”

Be yourself. Not who you think you should be.

I tried to pick up things from the leaders I worked for. But after 10 years I was a mix of lots of other people without really understanding the leader I wanted to be. Too often, I’d make decisions based on, “what would [my old boss] do?”. Then I came across this advice.

“When you don’t know what to do in a situation, ask yourself, ‘What would the person I want to be do in this situation?’ Then do that.”

Understanding yourself and who you want to be is one of the most important things you need to develop as a leader. Faking it till you make it, isn’t necessarily good advice. It’s just encouragement to keep you going. It doesn’t take into account what effect your faking might have on others.

What you assume in other people, is what you’ll get out of them.

This isn’t my advice. It’s author Rutger Bregman’s (Humankind and Utopia for Realists). It’s backed up by research from many different situations, and that in fact uncovers the flaws in often famous research which we have been told and retold.

Ultimately, if you don’t think someone’s “up to it” they won’t be. Not because they’re not capable but more often than not because you’ve written them off and haven’t taken the time to understand how to get the best out of them. Assume that they have the potential to do great things and you’ll develop them into an amazing team member and help them to do the same for others.

In a study with close to 2,000 participants in the creative, media and marketing industry, (as part of my role as Creator of Never Not Creative and Co-Chair of Mentally-Healthy) we asked people what could help to improve their mental wellbeing at work.

The answer they gave wasn’t mindfulness programs, yoga sessions, mental health training, although they won’t do any harm.

The answer they gave was more empathetic, educated leaders. Leaders who could understand them, themselves and be non-judgemental in their leadership of them. They also asked for more clarity around their objectives and the appropriate resources to do their job well.

Essentially, what they were asking for was good leadership – and an end to the accidental leader.

Isn’t leading a company all about making the big bucks?

I was once told that “as long as you’re making profit, the rest will look after itself.” Sure, you can’t run a business that isn’t making a profit.

Running a business to the numbers is only half the job. In fact, without the other half, you will fail. It’s easy to cut cost, say yes to unrealistic deadlines and low budgets. It is much harder to support your team, give them what they need, stand up for them.

But it’s the only way you’ll make a healthy profit. 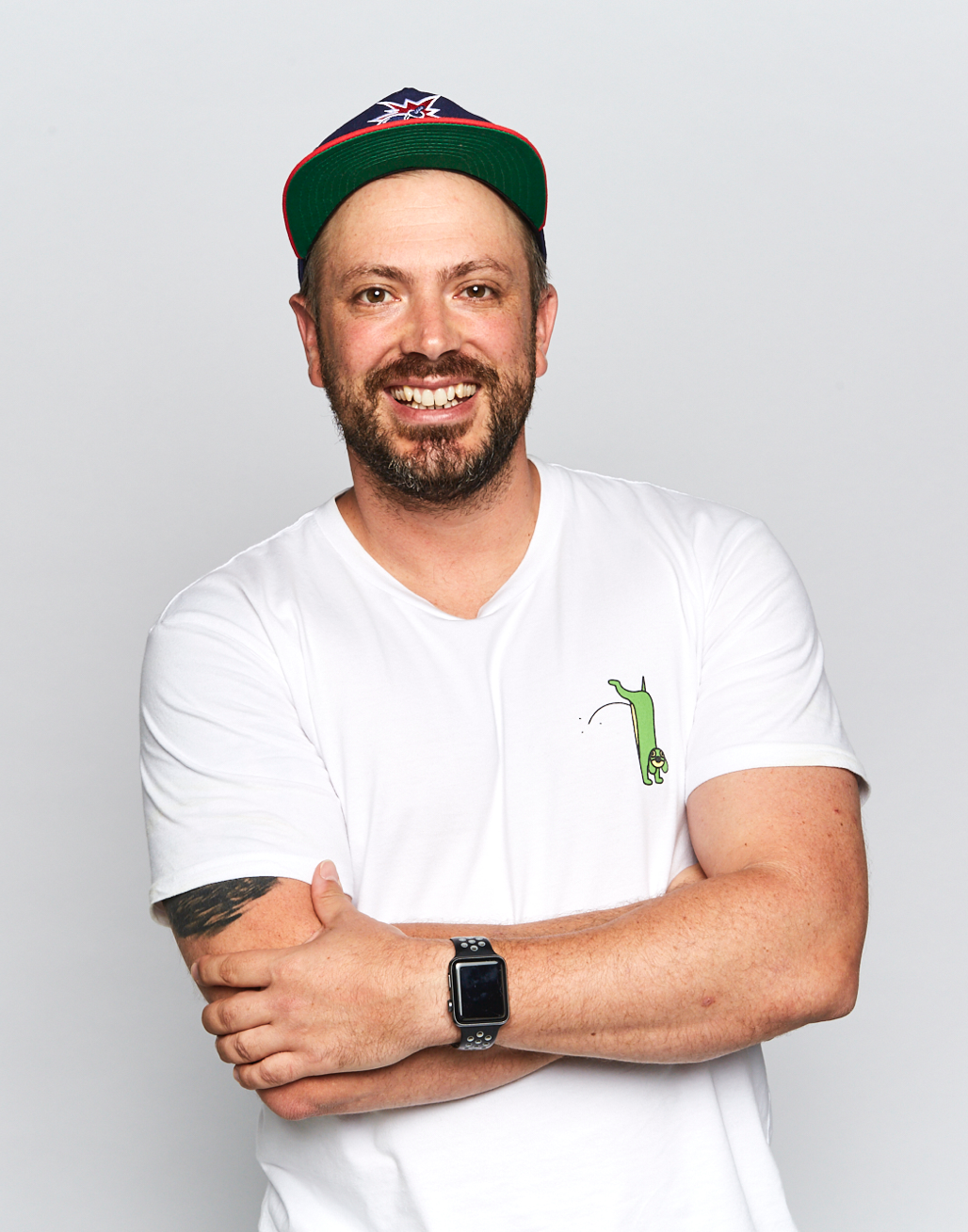 About CEO, Andy Wright
Andy is the CEO of Streamtime with over 20 years of experience in the creative and marketing industries as both a client and an agency leader and owner. His journey with Streamtime begun in 2015 when as co-founder of creative agency, For The People, his team were hired to revolutionise the Streamtime product. A couple of years later and Andy was offered the opportunity to run the business and has now taken over the reins from Streamtime Founder, Aaron Green. Andy’s experience takes in stints at agencies Landor, Interbrand, R/GA, For The People as well as ACP Magazines (now Are Media), Ask Jeeves, Lycos and Dulux.

Andy is also the creator of Never Not Creative, a community focused on improving outcomes for creatives, the co-chair of Mentally-Healthy, a change group focused on improving the mental wellbeing of the creative, media and marketing industries, and a committee member of the newly created Fck The Cupcakes movement, aimed at igniting change in gender equity in our industry.

About Streamtime
Founded in 2002 in New Zealand and revolutionised in 2016 in Australia, Streamtime is business management software for healthier creative businesses.

With effortless project planning, one click estimating and invoicing, innovative time tracking (no timesheets!), slick scheduling and intelligent reporting, Streamtime helps you to look after your team and gives you complete visibility over profitability all within a beautiful, award-winning interface. Streamtime’s fresh approach has been recognised by winning a 2020 Webby award, along with D&AD, AGDA Pinnacle and Best Design Awards. Streamtime’s customers include Ragged Edge, Phantom, Portable, Town Square, Bonds, Sheridan, Transport NSW, TEAMS Design, and NB Studio among many more and span Australia, UK, New Zealand, the US and across the rest of the globe.