How I built my tribe of agency owners (during lockdown)

By The Agency Collective November 10, 2020 No Comments

Who is this guy?

I’m so pleased you asked. For those that don’t me, I’m Joe, the founder of a small web agency called Chaptr. I’ve been running an agency for nearly 8 years. But I’ve been networking for less than 8 months. In that time I’ve gone from cynic to advocate and I’m writing this post to help other people like me get the most from it now we’re all stuck at home (again).

This post will probably benefit The Agency Collective members the most, but it will also help anyone who is a member of a group or forum or just trying to start networking online in this strange new world we live in.

Why did I start networking?

As you all know, amid a little thing called a ‘national lockdown’ announced back in March, we were all told to work from home; the implications for me (and so many of you) ranged from clients pulling out of deals, business uncertainty and a new and very real sense of isolation; blended with a desperate scramble for that safety buffer of financial support.

In my view, 2020 has been the ultimate test of business resilience and for most people running an agency, it doesn’t get much tougher than this.

I started networking because I didn’t want to be alone in this. I wanted to support others and be supported. My motivations were selfish and selfless in equal measure. I didn’t really know what to expect or how to do it.

This year I’ve had the pleasure of talking with some brilliant people, two of which gave me the following advice (I’ll paraphrase) – whatever it is you chose to do, do something because any positive steps you take will increase your chances of getting through this. It’s broad and it’s simple, but the message is to take action. Don’t freeze up. Do something. And for me, a big part of the aforementioned “something” was to talk to as many other agency owners as I could. In business lingo, I started networking.

But in order to really benefit from this process, I had to flip my perspective from thinking ‘they are a competitor’ to ‘they are a human being in the same boat’.

Where did I start?

Getting started was the hardest part for me because I had to be vulnerable and take a risk, I had to start reaching out to people to see if they wanted to ‘catch-up’. What made it worse was that every time someone had asked me to do this in the past, I had usually just ignored them for fear of being actively sold to (I hate that). I don’t think I’m the only one in this boat!

Being a member of The Agency Collective (AC) made things a little bit easier for me, but still, I felt like I needed more common ground to reach out to people. And that’s when I joined a little gem of a channel called #Team Purple.

The beauty of this AC channel is that it’s full of lovely and supportive people who are all taking risks together by curating and publishing content on LinkedIn. You create a post, put a link in the Slack channel and those playing by the rules will make a regular effort to engage with your posts (a finger-wag to those who aren’t!).

Then the way I started to strike up conversations was to simply message those who engaged with my content on LinkedIn and say “thank you”. If I received a response, I asked if they fancied catching up. It was that simple. I think 95% of people I messaged said yes. This really built my confidence.

For those that know me, you’ll know I love to talk. If you get me started the words literally start spilling out of me. So I made every effort to shut up and actively listen. This meant showing an interest in what people were saying and engaging with them sincerely. It’s hard and it takes practise but I promise that since I’ve been doing this the conversations have been so much more rewarding. The knowledge and insights I have gained from just listening to people is quite profound. I have learnt so much.

I helped as much as I could

If you want to use networking as your primary business strategy for new business then go for it, just don’t lead with that; be authentic and put relationships first, listen, be helpful, give a lot.

”It is literally true that you can succeed best and quickest by helping others to succeed.

I made a habit of it

Once I had started and was seeing the benefits, mainly the amazing support people were giving me, I couldn’t stop and I was talking to one or two people every other day. I continued to do this and have since spoken to 40+ people, 10 of which I have regular contact with and we’re doing our best to support and help each other become successful. My plan is to talk to as many of the AC members as I can over the next 12 months and then I’ll branch out to other networks and do the same!

If you don’t have time for this, make time, it’s that simple.

You get out what you put in

I know this phrase is bandied around a lot when you start networking (rolls eyes), but I’ve realised it’s so true.

I have been a member of the AC for about 2 years and, until the COVID stuff took-off, I was your textbook ‘lurker’. Living in Brighton, a new dad, I hadn’t attended any events in London and therefore wasn’t getting a lot of value from it. But I think that’s because I was being reactive and I wasn’t putting myself out there, once I started doing the things I’ve mentioned here, it became instantly clear just how important a community like AC is, especially during these times of forced isolation.

And if all this sounds a bit cuddly and fuzzy and you’re more about the numbers, then you’ll be reassured to hear that I’ve had over £50k of opportunities sent my way this year as a result of talking to and getting to know some great people. £10k of that has resulted in sales so far… not a bad for a cup of coffee and a chat.

I’ve also had the pleasure of working with other members who have fundamentally changed the way I think about running an agency for the better and our partnerships (and in some cases friendships) look set to continue.

I don’t know where I’d be now without the AC. It’s helped me build a tribe of superb and intelligent people who all share similar challenges and want to help each other succeed.

Whatever else is thrown at us this year, I strongly believe that we have a much better chance of getting through this together.

So, fancy a little natter? 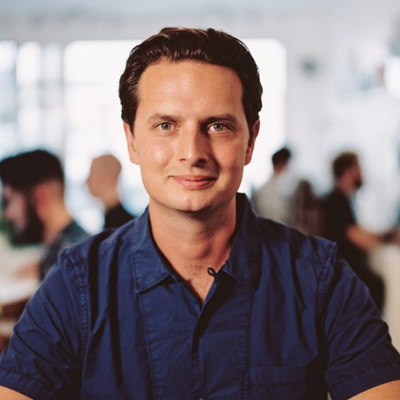 This article was written by Agency Collective member Joe Perkins, founder of Chaptr – a web agency helping brands engaged in culture and the creative arts to thrive in a digitally-connected world. They design and build impactful websites that inspire people to think, feel or do.

Check out our recent posts…