By The Agency Collective November 30, 2020 No Comments

After working together in the communications team at Sussex Police, Mel Berry & James Armstrong left to start their own agency. Over time the business evolved into what Digital Firefly is today – a social media marketing and advertising agency driving engagement, relationships and conversions with scroll stopping content.

As two co-founders working full time together on the business, it can be tricky when one needs to step away for a little while. But inevitably this is a challenge that many female founders face – as they plan for the reality of having children alongside running a successful business.

We chatted with James & Mel about how they prepared for this within their own business – especially as their planning coincided with the onset of the pandemic. They started by looking practically at what was manageable and what wasn’t.

Mel: “It was a strange time as Covid-19 hit just as we were planning for my maternity leave. Although we thought we wouldn’t be affected too much we paused to deliberate what the next steps would be if we were. Thankfully that didn’t come to fruition.

“We looked over our strategy, our client workload and agreed what we felt would be manageable for James and what wouldn’t. When we interviewed freelancers we considered personality, skills and also flexibility. We knew we had to have someone who could pick up more work if needed. We were glad we did that, as it remained busy throughout.

“We made sure that the new role was more client focused and James continued to cover the business development side of things. The maternity leave was three months in total – we felt it didn’t warrant bringing in a new director in my absence.

James: “We planned as much as possible but felt being responsive was also key. We’re used to working in the public sector doing crisis comms so reactive is within our nature. The main plan was to keep going, and ensure our clients (and ourselves) were taken care of.”

The next important thing for James & Mel was communication. Even though Mel was technically on mat leave, the co-founders stayed in touch wherever reasonably possible.

Mel: “We agreed if something came up that we needed to discuss, then James would call me and I’d be there to take his call. We were, and are a team. We caught up for a few drinks and a meal while I was off and James filled me in on what was happening.”

Mel & James were also open about their anxieties when it came to this period of time – there’s no rule book on how to handle things when your co-founder goes on maternity leave, and so getting these feelings out in the open was incredibly important for the pair.

Mel: “I definitely felt a mix of emotions – excitement, uncertainty, fear. As an agency owner you start to become accustomed to the unpredictable nature of having your own business, but having a child on top of that is a whole new challenge.

“I felt flashes of guilt – I’d asked him to start a business with me two years prior and felt like it now seemed like I was abandoning him. I very much wanted James to know that the business wouldn’t be too far from my mind while I was off.”

James: I’d be lying if I said I was completely zen. There was a lot of uncertainty for me too. The business was doing well and was beginning to build momentum, and I was worried about losing that momentum while Mel was on leave. I also had the fear that she might not want to return completely full time and we’d have to negotiate that!

“Those fears were unfounded and I was incredibly happy she wanted to return a month earlier than planned. And the momentum… well it feels like it’s never going to stop now!”

So in reality – how was it over the three months Mel was away from the business?

James: “It was strange running the business on my own. I had been used to Mel being around and us bouncing things off each other, but I was incredibly grateful to have Katie, our first freelance hire, on board. She hit the ground running and was (still is) great.

“The added complication of lockdown did make things extra tough. Living on my own and working on my own I found The Agency Collective a godsend. That, alongside social media and other groups like Brighton and Hove Chamber of Commerce, kept me in the loop with the rest of the world, kept me sane (ish), and certainly supported me during that time.”

Mel: “I was on full-time mat for two months and then eased back in during the third month. My partner does the majority of the child care (apart from the breast-feeding of course!) and that works brilliantly for me personally and the business, which was ideal.

“I started back working on the business development side of things and focused mainly on one client which enabled me to slip back in without too much of a shock. Baby steps (pardon the pun!) was perfect.”

We also asked Mel for advice for new mum founders – what can they expect? How did it feel to step away from the business for that time?

Mel: “I’d say figure out what really needs covering and what can wait until you get back. The most important thing is to keep your co-director sane and for the business to be delivering great work for your existing clients. We took the decision early on that we weren’t going to focus on growth so much during that period and more on our existing work.

“While I was away I focused on enjoying the first precious moments with my daughter and physically recovering. The hard bit for me wasn’t taking the mat leave, it was coming back and trying to work as I had before – that’s just not realistic.

“I’m lucky to have great partners in business and life so that makes things a whole lot easier. It’s hard juggling a business and pregnancy/a baby there’s no denying it but it’s about remembering you can ask for help when you need it, that’s extremely important.

“Before my daughter was born I worked long hours, but I can’t do that anymore so I need to prioritise more effectively. That’s been a learning curve for sure.”

And for James – what advice would you give to those whose co-founder is about to go on mat leave?

James: “Trust and honesty. I think they’re the most important things. For both founders. If we didn’t have those I would have felt much more uncertain about the future. So if your co-founder is going on maternity/paternity leave I suggest being 100% honest with each other about what both of you want, have the conversation about how things might change, discuss how much they’ll be in contact and be honest about what you both expect once they return.

“Secondly, but just as important, for the person holding the fort, don’t try to do it all yourself. You need to let go a bit and delegate, don’t let yourself burn out because you feel it’s all on your shoulders, it’s not and shouldn’t be.”

Mel: “Plan ahead (where possible), keep communicating and remember you’ll be working together again soon enough!”

James: “Ditto the above! But with an extra sanity plea – keep yourself sane by involving yourself in the wider agency and business community and don’t try to do everything yourself!” 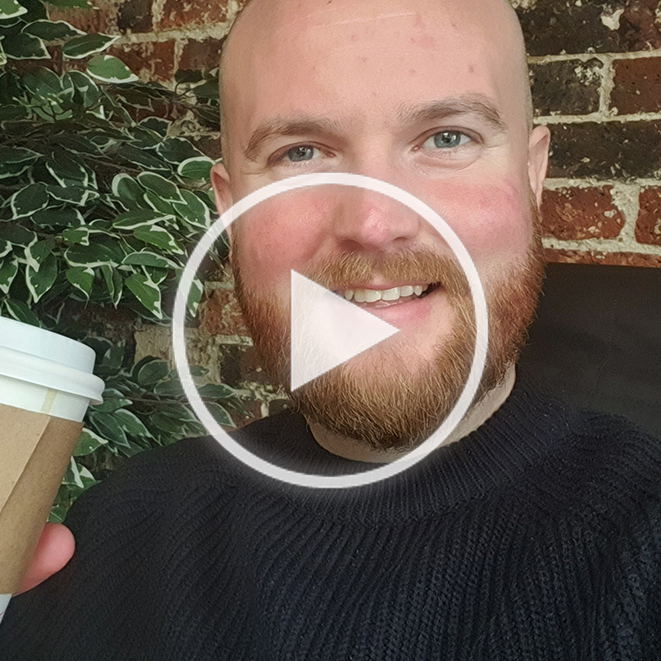 We interviewed Mel Berry & James Armstrong for this article – together they run Digital Firefly, a social media marketing and advertising agency driving engagement, relationships and conversions with scroll stopping content.

We also spoke to James on The Agency Collective Tales podcast! Catch up with it here.